Get Request A Quote!

Can Hydro Rooter trim the roots out of my Sewer Drain Pipe?

We can trim the roots out of any pipe that is constructed of cast iron or plastic (schedule 32 or heavier). If the sewer pipe is made of corrugated iron or some other thin wall pipe, the blades on our machines could go through the pipe. We would have to evaluate the pipe to determine the best course of action.

How do roots grow?

Tree and shrub roots require oxygen and water to grow. Their growth rate is variable and is affected by the soil depth, water supply, aeration, mineral supply and temperature.

Root systems are made up of large, permanent roots for support and stabilization, and many small, temporary feeder root and root hairs. These small roots are the primary water and nutrient absorbers. Most roots can be found in the top 6 to 18 inches of soil, where water, nutrients and oxygen are found.

Is there a point when de-rooting the drain line will no longer work?

The reason you have to de-root drain lines is because the roots have entered the pipes through holes in the joints. Each time you cut off the roots on the inside of the pipe, the root in the joint remains. Every year that root gets bigger, and bigger and as it does, it puts pressure on the inside of the joint. Just the way roots growing inside a rock on the mountain side eventually break the rock, the roots in the joints eventually break the pipe and the dirt from the outside begins the flow into the pipe. It’s an important step to have your drain line camera inspected. Once you see the condition of the inside of the pipe and the amount of roots in your drain or Sewer-line, you can begin to plan for that day when you will have to replace it. 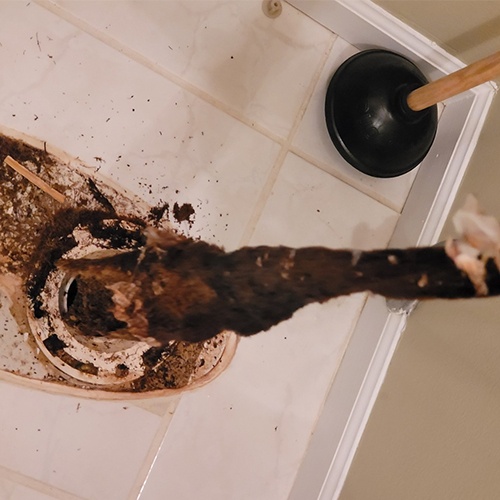 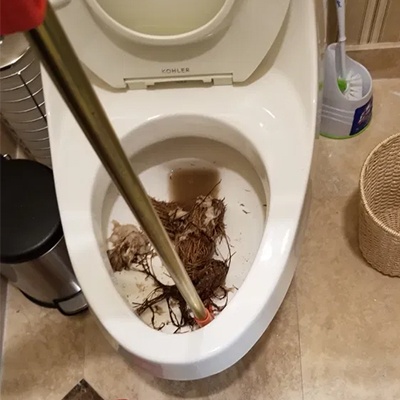